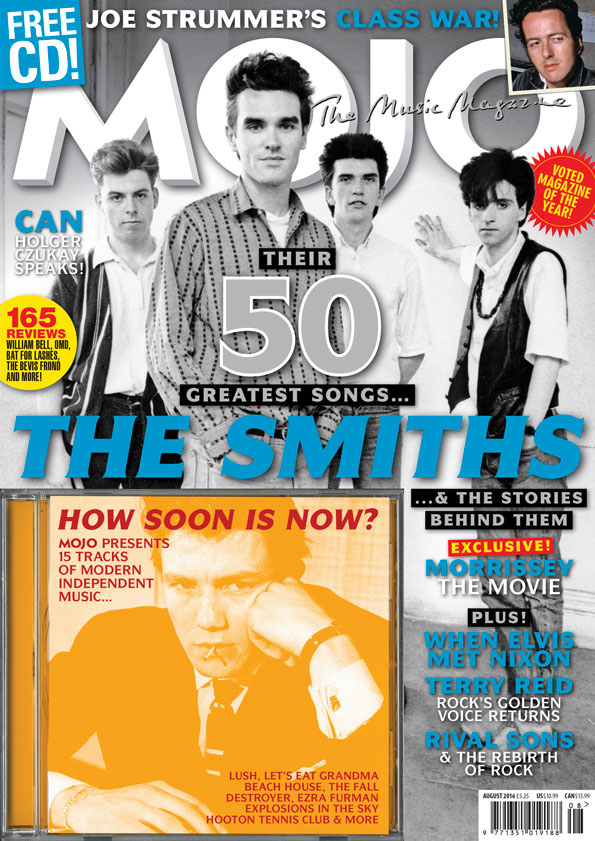 The Smiths Saluted In New MOJO Magazine - MOJO
30 years since The Queen Is Dead redefined British rock, the stories behind their 50 Greatest Songs, plus Morrissey movie latest and Marr memoir update.

THE NEW MOJO magazine (MOJO 273 / August 2016) is a Smiths extravaganza, with the stories behind their 50 Greatest Songs plus brand new insights into their art from the likes of Richard Hawley, Hans Zimmer and Elbow’s Guy Garvey.

...Meanwhile, exclusive access to the set and star of the Morrissey biopic due next year brings new perspectives on The Smiths and their singer, including more on the influence of Morrissey’s friend Anji Hardy, who died of leukaemia in 1977.

“Everybody knows about Morrissey’s fixation with the Moors Murders,” says the film’s writer and director Mark Gill...
Other Ex-Smiths The Smiths
Continue…

From The Crate: The Smiths – The Queen is Dead (Rough Trade) - God Is In The TV
By Bill Cummings

The Queen is Dead: Morrissey's style, 30 years on – stylewatch - The Guardian
by Morwenna Ferrier
The Smiths’ seminal album is 30 years old. From a style perspective, from oversized knits to the quiff, Morrissey (the original sad boy) set the tone for emotionally charged male pop stars

Nalinee Darmrong Discusses Her New Photobook of The Smiths - Washington City Paper
Before she was 9:30 Club's house photographer, Nalinee Darmrong spent some years on the road with the legendary U.K. band.

‘There At A Special Time’ — A D.C. Punk On Her Teen Years Touring With The Smiths - Bandwidth / WAMU
Other People/Bands The Smiths
Continue…

Take Me Back to Dear Old Jersey: Chris Gethard on the Smiths’ ‘The Queen Is Dead’ - SPIN

Take Me Back to Dear Old Jersey: Chris Gethard on the Smiths’ ‘The Queen Is Dead’ - SPIN
The comedian and longtime Smiths megafan discusses 'Queen' in advance of the album's 30th birthday

"The Queen Is Dead" turns 30 - articles on Pitchfork, NME

Not sure if these were reported already...

The Smiths were way more subsversive than we (and David Cameron) care to remember - Pitchfork (The Pitch)
The Smiths’ The Queen Is Dead Annotated for 30th Anniversary: Watch - Pitchfork (Liner Notes documentary)


Links from an anonymous person:

The Incredible Full Story Behind The Smiths' 'The Queen Is Dead' As Told By The Band - NME
You might be able to recite every lyric off by heart, but how well do you really know ‘The Queen is Dead’? Did you know, for example, that the Stones, The Stooges and spliffs all helped shape its sound? Or that...
The Smiths
Continue…

Exhibition of photos by Nalinee Darmrong from her book The Smiths: 1985-86 at Studio 1469 in Washington D.C. 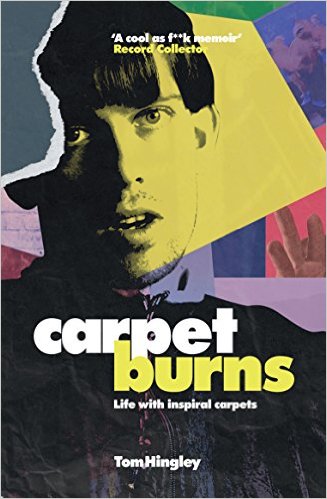 Am not sure if this has been mentioned elsewhere. I did a search and couldn't find it. In Tom Hingley's autobiography "Carpet Burns: Life with the Inspiral Carpets" (Amazon link) he mentions using a rehearsal space "Out of the Blue" in Blossom Street, Ancoats. He mentions that the word was that The Smiths had also used the rehearsal space. Nearby in Sherratt Street there was an old pub named The Smith's Arms. The place was apparently decorated with pages from the "Daily Record" newspaper recording moments from WW2 including D-Day and VE Day. One headline there, says Tom, was 'Louder Than Bombs'. Now I understand that "Louder than Bombs" comes from Elizabeth Smart. Am just reporting what Tom wrote.
Other People/Bands The Smiths
Continue…

In the three decades since its release, The Smiths' The Queen Is Dead has repeatedly been hailed as the band's crowning achievement, and regularly features in lists of the greatest albums ever made. Lifelong Smiths fan Simon Price, however, is not so sure
The Smiths
Continue…