Fans with Morrissey in Mexico: Matt & Mando post similar pictures of 'studio' drums - interesting if this from today and not after the TV appearance. 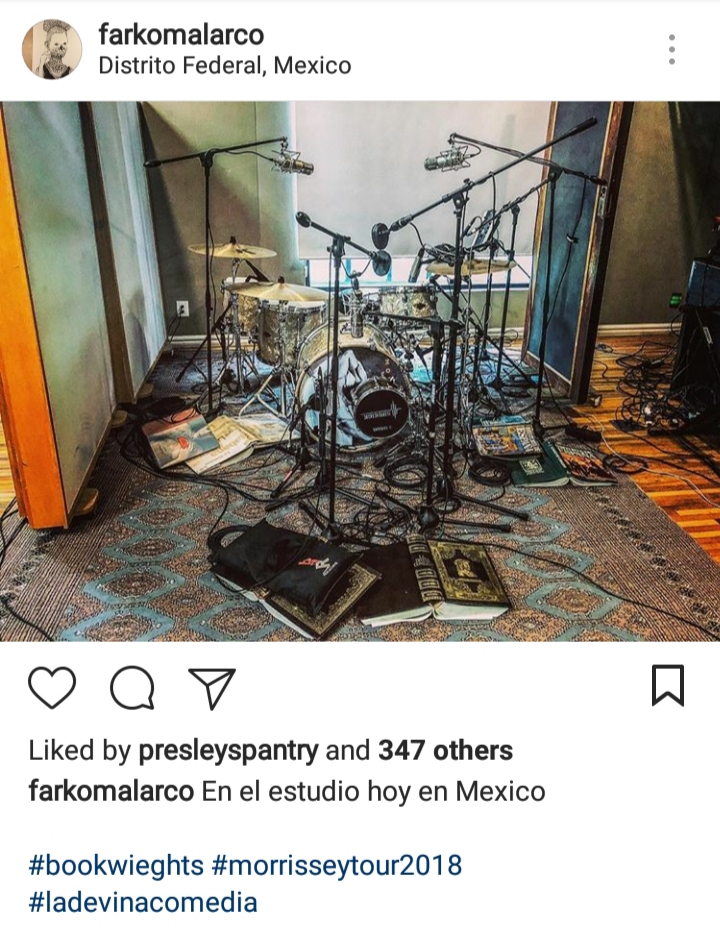 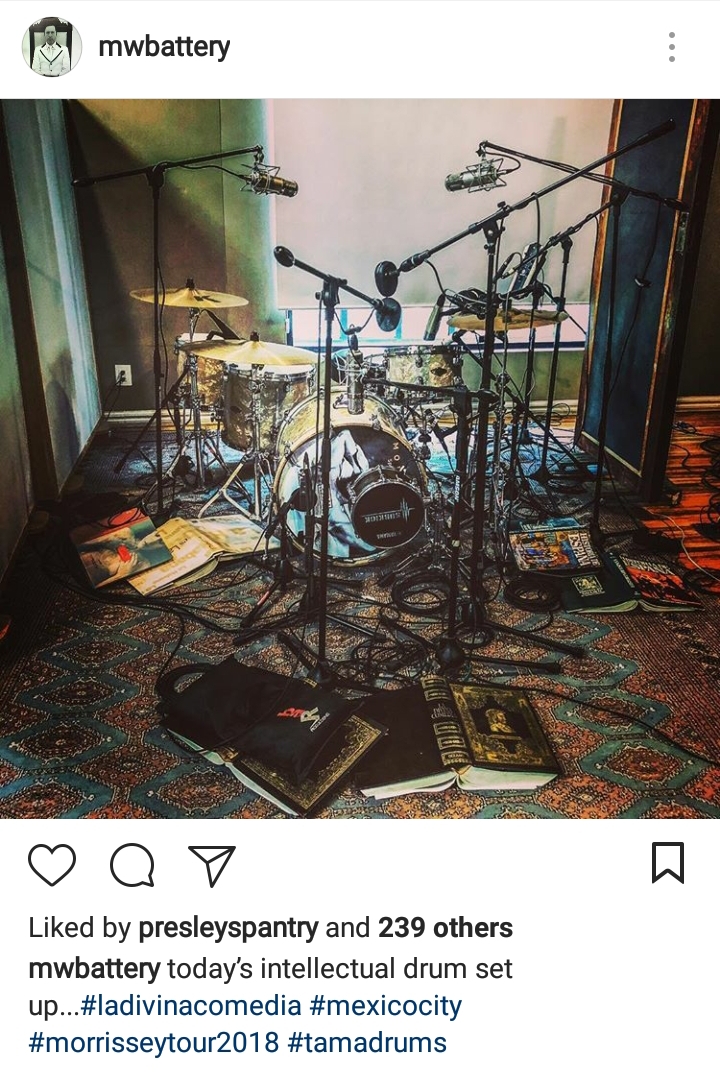 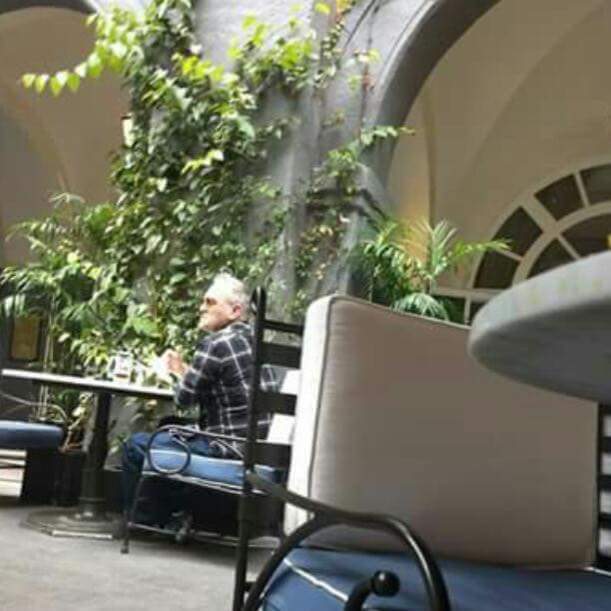 
There are several threads, so not sure what should go where.

Thanks to those sharing on social media.

that many wires its like a plate of spaghetti.
hail hail.

These are probably the worst pics from Moz ever! :-(
A

That one book, the one with a woman holding her hands to her chest, has an interesting cover

Moderator
Joe's tweet sounds promising:
Regards,
FWD.
Stealing things from the Internet - so you don't have to.

Thanks - that does seem like good news.
What can we read it into it though?
Presumably, Joe would only be involved if the record deal was ongoing, so that's a good sign.
Also, is it fair to assume they have been recording new songs? I'm guessing they wouldn't go to the expense of flying Joe out there if they were just doing a session of existing songs?

Do you think these are sessions for the second half of the next album?
Could be the live session too...

Moderator
Personally, I think it's the usual confusing scenario until more details emerge. Moz is due to record a TV show based on a 'session'. He is now having 'studio' time and appears to be recording - whether those 2 things are one and the same is unknown (edit: having just dug through Panoram Studios instagram - I'm now more inclined to say this was for the Alejandro Franco TV show or gig rehearsal, but we can hope).
Joe being there could be seen as there's something more substantial than setting up for a TV segment though. That said, until Joe's recent comments about recording new songs, there was only Sam's completely misinterpreted comment about the live B sides to base a deluxe edition hypothesis on.
I'd guess (stress guess) that if he vanishes after the gig tonight, then it was just tracks recorded for the TV show. If the band hang around in Mexico after tonight, then possibly something more than TV. The band have been there for 5 days already (Boz slightly later after his holiday) so anything's possible, but that would be fast even for them.
Regards,
FWD.
Last edited: Mar 17, 2018
Stealing things from the Internet - so you don't have to.
A

he looks great, can't wait for tonight. Have fun everyone at the show.

We can hope for new songs due to the fact that there aren‘t any further gigs scheduled yet.

Moderator
I wish there was a sense of logic or predictability to him, but I won't pin too much on anything yet - there's a new single out in 9 days and there's been zero 'official' BMG mention nor anything from Moz (in fact - he promotes the old single on TV instead). The use of live B sides in lieu of Joe's 'lots' of extra songs recorded at the time isn't too reassuring either, but we will soon see - always happy to be wrong. I'd love a curveball like a 10" EP/CD myself, but such is life.

An hour and 10 minutes scheduled for tonight:

Moderator
'Last day': posted by Mando on IG:
(if you factor in their site seeing posts - you are looking at about possibly 3 days tops in the 'studio'). 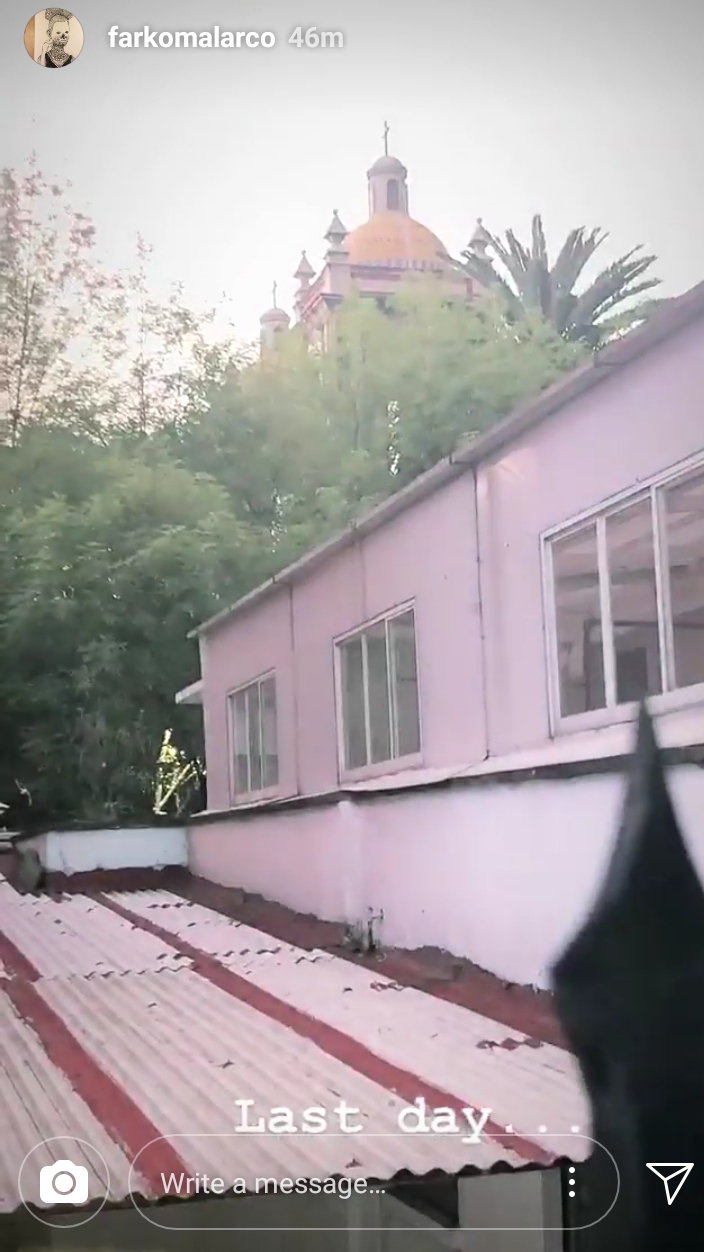 Looking at his mouth, morrissey looks like he's had his teeth veneered and is afraid to open his mouth and smile
F

I've got used to how he looks these days - not brilliant, not bad, he has his good days and his bad, I suppose he's par for the course for a 58 year old.

Wow, what a sexy beast. Like the glasses, mozbaby. Call me!

​
You must log in or register to reply here.

Suffer Little Children: the story of Morrissey's obsession with the Moors murderers
2