Shoplifters Of The World - Official trailer 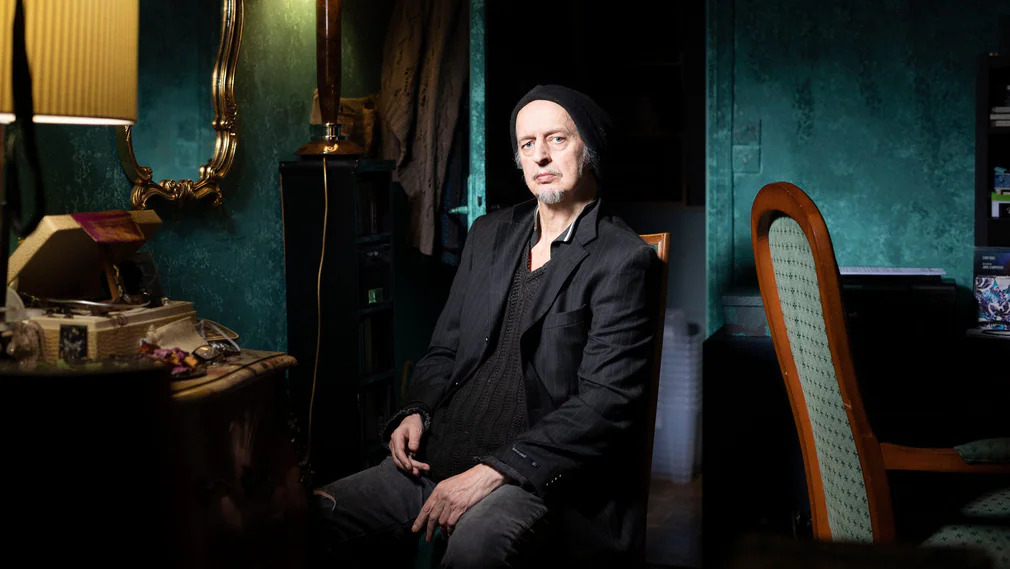 An anonymous person sends the link:

Another big "what if" in rock history is what would have happened if you had agreed to publish the stuff that Morrissey sent you when you were a section editor at the NME? Maybe he would have become a rock journalist instead?
I never turned him down. I just didn't get back to him. He wasn't very good. But the main thing is that Morrissey was 14 years old. He was obsessed with the New York Dolls and I had spent enough time around the New York Dolls to know first hand that people who hang...
The Smiths
Continue…

the Pretty in Pink Soundtrack (featuring The Smiths) at 35

Left of Center: the Pretty in Pink Soundtrack at 35​

Remember when the Smiths, New Order, and the Psychedelic Furs made the top 5 on Billboard’s album chart?

The album has a number of now-iconic UK college rock artists on it, none of whom had come anywhere near the tops of the US pops in 1986: New Order (who actually had a trio of songs featured in the film, though only “Shell-Shock” appears on its soundtrack), Echo and the Bunnymen, the Smiths, Psychedelic Furs (who re-recorded “Pretty in Pink,” originally from their ‘81 album Talk Talk Talk, in a slightly more pop-friendly version for the film; the new single peaked at #41 in the US), and most of all, British synthpop stars Orchestral Manoeuvres in the Dark, a/k/a OMD, whose “If You Leave”...
The Smiths
Continue… Average love songs are two-a-penny, but which ones make you feel all mushy inside? We've rounded up the 30 best romantic songs of all time.

Remember your first relationship? Very “us versus the world”, wasn’t it? That spirit is bottled by this song, which Moz and Marr wrote after their second gig as The Smiths. Not all love songs are romantic. Not all love songs are even happy. It all depends on your definition of the term. For every “My Girl” or “Your Song,” there’s at least one track with a nuanced take on the darker, more complicated sides of love — the drama of a long-term relationship, the fear …

2. The Smiths – “There Is a Light That Never Goes Out”

The Smiths’ “angry young man” anthem perfectly captures the confusion and drama of teenage lust: Johnny Marr’s timeless, jangling guitar has given rise to countless solemn YouTube covers. Morrissey’s hyper-literate lyrics were influenced by Karel Reisz’s 1960 film, Saturday Night and Sunday Morning, written by Alan Sillitoe, whose short story “The Loneliness of the Long-Distance Runner” inspired everyone from Iron Maiden to Belle & Sebastian. “There Is a Light That Never Goes Out” makes an excellent choice for any road trip playlist — just watch out for those double-decker buses. – J.P.B.

The Strad: "I don’t feel at all guilty about tinkering with the "classical canon" – David LePage" (Smiths cover - January 12, 2021)

"Violinist David Le Page explains how he found the connections between Rameau and Radiohead, Schubert and The Smiths through arrangements for Orchestra of the Swan’s new album Timelapse." Violinist David Le Page explains how he found the connections between Rameau and Radiohead, Schubert and The Smiths through arrangements for Orchestra of the Swan's new album Timelapse

"On Timelapse I have ‘reimagined’ well-known songs by David Bowie/Brian Eno and The Smiths. The process I have used is different from working out a carbon copy arrangement or a cover version. The Bowie/Eno song Heroes, in its original form, is a driven, yearning and almost uncomfortably layered slice of pop/rock; euphoric and poetic in equal measures. I wanted to preserve the ‘feel’ of course but in my version I have substantially slowed everything down so that aspects of the music can be examined in an entirely different...
Other People/Bands The Smiths
Continue…

(Perhaps a nod to the debated release date? I remember buying it on the Monday back then, but what do I know!?).
Regards,
FWD.
The Smiths
Continue…

38 second mark and on

Painting and Drawing
s'what i said, broheem
1 minute ago
rifke
BMG signing other bands
No - it doesn't back up what you're saying. Their diversity policies are...
14 minutes ago
Nerak
Post Whatever You Are Thinking At This Very Moment
24 minutes ago
rifke
Spin.com: Perry Farrell’s 5 Favorite...
Talentless bag of shit. One of the most annoying bands ever, next to Chili...
46 minutes ago
Skylarker
Morrissey Central "94 Years Old Today" (August 4, 2021)
Speaking of James Baldwin - he's being used in a shit-stirring political...
Today at 2:29 AM
Nerak
Louder Sound: "David Draiman (Disturbed): 8...
Along with Journey and The Smiths he also likes this Misfits song ...
Today at 1:31 AM
Ketamine Sun