Is Coronavirus as serious as they say?

Hovis Lesley said:
Yes, they seem a hard working band, and I have no interest in denying them anything. I bought the album with ‘Get A Job’ on years ago. Nevertheless, there was a vaguely similar band around at the same time called Rocket from the Crypt; of the two it would’ve been the latter that I would’ve tipped for longevity.
Click to expand...

I'll believe it when I see it maybe, but I always forgive once the danger has stopped.
Don't worry, I'm just schizophrenic.

Trans said:
They all want to get paid and would all love to see big numbers next to there songs. I just think it’s interesting the narratives we attach ourselves to as we get older and how fixed they become as we get even older still. Numbers just bring me out of that state and reorient. I don’t mind the offspring. To see a popular band that plays instruments writes songs and doesn’t do the tabloid drama game while still maintaining attention at age 50 plus is inspiring in 2021. More power to them
Click to expand...

And katys 36 maybe. I'm 57 and you know me and I cannot sing.
Don't worry, I'm just schizophrenic.

Light Housework said:
So used to their authority.
Click to expand...

Not used to my own authority. I'll start again at 11 and go till 2 I guess
Don't worry, I'm just schizophrenic.
A

yet Hugh and the others contiune to show up in the parking lot in disguise.

skinny has moved on to become the new FH Mike Expert.
question: why was FH dumped by Suede after one rehearsal song?
because he sucked? no because Suede didnt want to become the
next FH Mike Band

as if there has ever been such a thing as a FH Mike band.
Click to expand...

Vegan Cro Spirit do you know if Uncle Skinny is now friends with Mike Joyce?

Anonymous said:
Up North there is a high-end supermarket called "Booths" it is similar to Waitrose.
Click to expand...

Theres a Booths in Hale Barns, not far from Morrissey’s house in Bowden.

Protected from fans by the lockdown, the ‘big six’ announce a project which anticipates the end of the people’s game.

Hovis Lesley said:
Protected from fans by the lockdown, the ‘big six’ announce a project which anticipates the end of the people’s game.
Click to expand...

Nah, the people's game extends far beyond the big six. In fact, I'd say that the game in the EFL leagues is far more a people's game than the upper reaches of the PL, who are more obsessed with building themselves as global brands. If the big six do go off and do their own thing, the leagues will be rejigged over the next few years to even up the numbers and very possibly the PL might become a more open, exciting league.

Light Housework said:
I get mixed up with the titles but I'm sure this is good.

I was there! It was good.

Hovis Lesley said:
Protected from fans by the lockdown, the ‘big six’ announce a project which anticipates the end of the people’s game. 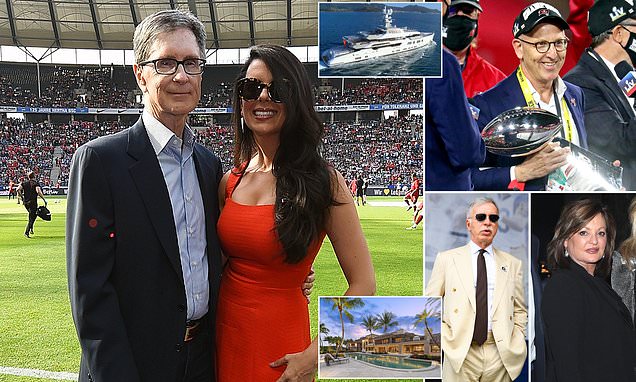 The US sports moguls behind Manchester United, Liverpool and Arsenal: Joel Glazer, John W Henry and Stan Kroenke respectively, are key players in the Super League.

Some man mowing his lawn told me he knows a man with no underlying health issues who's in the ICU on a ventilator.
Don't worry, I'm just schizophrenic.

He kindly warned me to exercise caution. I had a headache earlier and pictured a ventilator.
Don't worry, I'm just schizophrenic.

Light Housework said:
He kindly warned me to exercise caution. I had a headache earlier and pictured a ventilator.
Click to expand...

You’ve been staring at the psychedelic ‘Morrissey on the Train Tracks’ painting for too long. I’ve still got a migraine from seeing it yesterday.

Surface said:
Theres a Booths in Hale Barns, not far from Morrissey’s house in Bowden.
Click to expand...

Is that nightclub ‘Fridays’ still going?

Surface said:
There was one called Suburbia but that closed a couple of years ago
Click to expand...

I’ve just looked that one up, and was treated to footage of a bar brawl which apparently concluded with a fatality. It appears Fridays (it was actually in Didsbury) has had its name changed to Bar Rogue.
T

352 yesterday with 567000 total. Going down. We’re at 40 percent now with at least one shot and if we add those who’ve already had it we’re maybe getting closer to herd immunity and we can really get back to business as usual. I get my second shot Friday

Anonymous said:
Vegan Cro Spirit do you know if Uncle Skinny is now friends with Mike Joyce?
Click to expand...

Skinny is the FH Mike expert and has surface feeds him free Chinese buffett.

Fiona Dodwell: "Morrissey, Coronavirus and the Animal Kingdom: When Truth is Unpopular" (April 26, 2020)