Morrissey A-Z: "Do Your Best and Don't Worry"

Makes for even better advice in this day and age!
"[I call] for every shade and persuasion … we shall always be alongside each other - everyone's culture of value."
- Morrissey, May 2019
D

Yes, it could have been written for the social media age where people compare their own messy, imperfect lives to other people's highly polished, heavily edited, implausibly perfect existences as presented on Facebook, IG etc.

The.Truth. said:
I like it. There are times when Southpaw Grammar is my favorite Morrissey record. I think it's more about what you like than something being wrong with the songs. There is something effective about a long repetitive song that you can kind of get lost in. I'm not trying to argue everyone should like it and I'll stop because I'm repeating myself, but the point is I think it's about musical taste (which I might be lacking) and not some objective reason.
Remember that edit someone made cutting the drums off of the start of "The Operation?" Some people loved that edit but to me it's blasphemy.
Click to expand...

I very much agree with your points on length and repetitiveness regarding Southpaw Grammar.

"There were days when … all we needed to do was accept, irresponsible acts meaning not very much at all, a disassembled life with
a head full of music and a heart full of hope."​

Radis Noir said:
Yes, it could have been written for the social media age where people compare their own messy, imperfect lives to other people's highly polished, heavily edited, implausibly perfect existences as presented on Facebook, IG etc.
Click to expand...

Yeah - so many of my friends are seriously unhappy about their looks & careers because of social media.

There was carnage when Polly Stenham's Vogue article came out.

I was just happy to see Arthur the whippet.

“The award-winning playwright, who shot to fame at 19 when her debut That Face became a sensation at the Royal Court, moved into the same imposing Georgian square in central London that Virginia Woolf, DH Lawrence and Dorothy L Sayers once called home...”

A fine song. My feelings are kinda the same as with boy racer though I like the message and the tune here a bit more. I don’t think it to long either. It’s a simple more standard pop rock song. It’s like a 3 out of 5 for me
J

A fine song, indeed. One that’s probably in my top ten in my “return to the live set”.
M

A simple message that rubs against cliche but when Morrissey sings it, somehow better and warmer at heart .

The main body of the song itself feels very B-side of a single to me (and not in an unexpected Morrissey gem kind of way), there's just not enough going on with the tune or the singing. I actually prefer the raucous last minute or so, it's a lovely racket!
T

“there's just not enough going on with the tune or the singing” is pretty spot on. It’s rare that I could confuse a morrissey song with other songs or easily see someone covering it but here I can imagine both. Doesn’t make it bad but maybe a little less special

And they say he’s ‘the pope of mope’! Well, here he is mopping up that mope with words that inspire me to roll up my sleeves and get on with it even through the darkest of days. I find his voice and message both comforting and empowering.

Though it’s far from easy to stay positive, and it’s something we (at least I always have to remind myself ) should try to do.
Morrissey may be the same way. I mean, he seems to have been reminding himself to do his best and not to worry since Accept Yourself.

Yes, Do Your Best, another brilliant song, great album track.

Light Housework said:
I need this song!
Click to expand...

we need this song.
"...to say the things he truly feels
And not the words of one who kneels..."

That's Enough For Me

If Weird Al Yankovic had written and recorded this as a Morrissey parody, it STILL would've been too weak.

Pure Southpaw vibes. School of hard knocks at it's very best. Luv it.
I turn the music loud and I don't know why this ain't my house.
M

Another problem with this song is the sheer emptiness of the lyrics.
It's almost as banal a message as 'Don't Worry, Be Happy' - Morrissey really is dialling a cliché here.
One can only assume that people who think this song is great find the rest of the Morrissey back catalogue utterly mind-blowing!
M

I'm not sure if this

Flibberty said:
Musically this is probably the weakest song on the album, and that's no surprise as it was a late and hurried inclusion. I wonder whether the album would have (disastrously) only had 7 tracks if this hadn't emerged.

Lyrically it is quite slight, but still one of the better songs on the album in that respect. Not exactly high praise.

Like most songs on Southpaw Grammar it drags on far too long and they should have cut at least the last 80 seconds.

Despite not being a standout song, I like the theme. As I teacher I am sometimes asked to write a tiny message in the student yearbook when the junior high school kids graduate, and I have opted for "Do your best and don't worry" a few times.

In the poll on the Hoffman board it ranked 123rd from 264 solo songs.
Click to expand...

Yet it somehow ended up on "The Best Of Morrissey" compilation. Boy Racer, Reader Meet Author, and Nobody Loves Us would have been much better suited to represent the Southpaw sessions on that compilation.

I very much agree with your points on length and repetitiveness regarding Southpaw Grammar.
Click to expand...

Yes, about listening habits I think that this period of Morrissey's music took him into areas he'd never visited before. It's good because it means that songs that some people love can be hated by others. And taste does evolve. Sometimes if you listen to the same type of music too much you can get bored with it and then years later enjoy it again.
There is a live show from 1995, maybe the one called Practising Troublemakers, where at the end of one of the songs they do this extended guitar freakout and play a quote from "Purple Haze" as part of it. That's not something most people would associate with Morrissey. Like the other one,"The Operation," that begins with a drum solo this was a kind of music that lots of people into Morrissey probably don't appreciate. I don't know if any bands do drum solos anymore but it used to be practically a requirement for a certain kind of rock band. I felt like these were indicators to the tradition of the kind of music they were exploring on that record.
I appreciate that Morrissey let the songs be so long and gave the musicians room to kind of reinvent themselves as a hard rock band. And I think it paid off in their evolution. To me, "Maladjusted" is his best song and if you listen to it there is a noisy guitar that sounds like it's on the edge of feedback playing all the way through. I don't think he really got new fans from this or was in any danger of being asked to tour with AC/DC but I see it as him being confident enough to go deep into whatever musical style he's doing at the time.
Lots of bands change producers and kind of have a new sound on each album but hardly anyone covers as much ground as he has in his career.

That's Enough For Me said:
If Weird Al Yankovic had written and recorded this as a Morrissey parody, it STILL would've been too weak.
Click to expand... 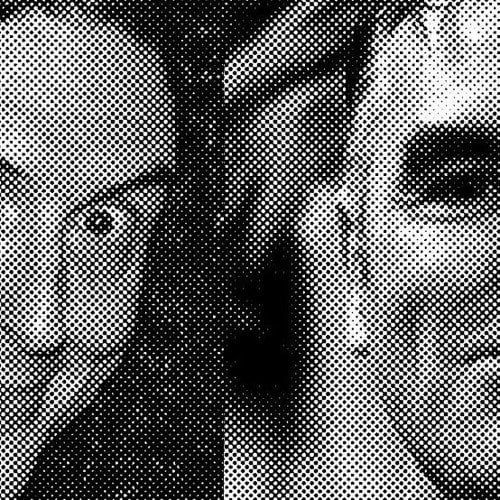 Ketamine Sun said:
we need this song.
Click to expand...

"In Soviet Russia, song needs you!"
MrShoes
A

It's one of the more average songs on 'Southpaw', but I actually quite like the irony of the title in that regard. It's almost like Morrissey is telling the listener: "Here's a song, it's not the greatest, but it's the best we could do at the time, so just stop worrying and enjoy listening to it". Ironically, the best part is when Morrissey himself stops singing, Alain comes in with the falsetto and the band rocks out at the end, which is when the song jumps to another level.
You must log in or register to reply here.

Morrissey A-Z: "Break up the Family"
2