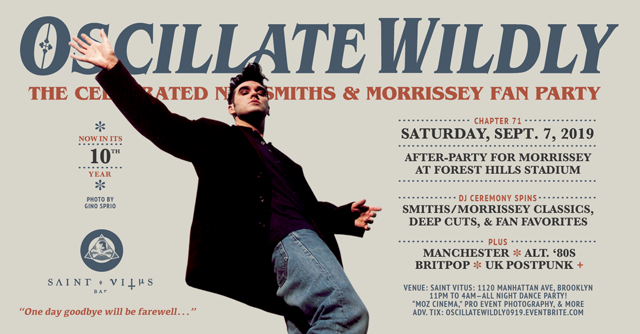 The July 6th “Oscillate Wildly” party was so much fun… thanks to everyone that came out! Make sure to mark those calendars for Saturday, September 7th for another epic night celebrating all things Moz & Smiths. We'll be hosting a party the same night that Morrissey plays Forest Hills Stadium with Interpol, so head over after the show! We'll be dancing the night away until 4 AM.

For those new to the party, “Oscillate Wildly” is an event and all-night dance party established in 2010 that pays homage to the brilliant musical legacy of Manchester legends The Smiths, as well as the extensive solo career of Morrissey. Bring your best requests!

• DJ Ceremony behind the decks all night
• Pro event photography
• “Moz Cinema” on the big screen!
• $8 standard admission at the door
• $5 Early Bird Discount Tickets available at Eventbrite (link above) until Sat. Sept. 7 at 5:00 PM
• Free admission with Smiths/Morrissey/Marr shirt or Smiths/Morrissey/Marr tattoo.
• 21 and up
• Gladioli encouraged!

‎”Time’s tide will smother you…” 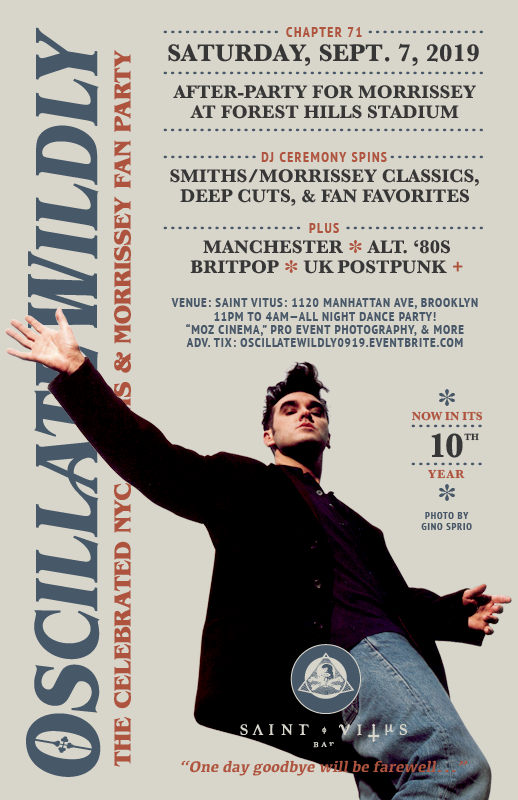 "This world may lack style, I know..."
You must log in or register to reply here.