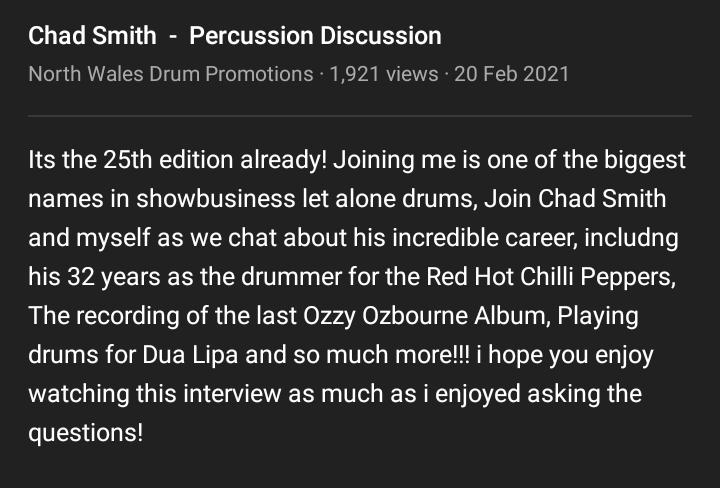 That came from left field.
Chad states that Iggy Pop features on the Morrissey album also.
Playing the above video should go to the right point.

It would have gone in the 'Strange...' thread, but if it is the first mention of any new material - it should be separate.

Moderator
Had the interview show actually tagged/mentioned Morrissey in the blurb - we'd have known a month ago
FWD.
Some of us is turning nasty
L

Jesse posting it on Twitter & Instagram combined with Morrissey Official Facebook posting the same thing is a pretty clear indication.
Regards,
FWD.
Some of us is turning nasty

Famous when dead said:
Boz is credited with playing 6 instruments and arranging strings on the album.
He was present throughout the recording sessions including Sunset for finishing.
I'm not sure reduced writing automatically indicates a reduced role?
The additions to That's Entertainment may well have been 'phoned in' due to him having access to a recording studio amidst pandemic/covid issues worldwide preventing many from travelling or accessing a host of 'nonessential' facilities.
Similarly, anything new without him on is more likely because he's supporting his 'long covid'-suffering wife in a new property which is being refurbished in Portugal - where travel restrictions have only just started to ease more than perhaps anything else?
Regards,
FWD.
Click to expand...

Did Boz have limited contributions to California Son with Jesse doing most of the guitars? I thought someone was sort of absent from that record.. maybe Gustavo too.. more Roger Manning Jr. I think.
"Cried over my supper, it revived. Got off the table... started to fly."

bored said:
Did Boz have limited contributions to California Son with Jesse doing most of the guitars? I thought someone was sort of absent from that record.. maybe Gustavo too.. more Roger Manning Jr. I think.
Click to expand...

Boz played on 10 out of the 12 (the offsite wiki doesn't reflect that accurately), but yes - Jesse played a more varied amount of guitars rather than acoustic (he plays on 11 out 12).
Regards,
FWD.
Some of us is turning nasty

if the official channels are drawing attention to it more information must be coming soon... surely
I

Lujissey. said:
Moz please tell us how you are !!!. I want to see and listen to you, come on Moz tell us if you have anything new
Click to expand...

He doesn’t reply to delusional psycho extremist stalker fans like you! If you continue to harrass him, he will slap a restraining order on you.
I

AztecCamera said:
I reckon I knew you were going to post that from California Son Junior's FB. Just because it says "one Central Altrinchahchem" doesn't mean he is in wherever that place is. I would pay more attention to his Dodger hat for evidence as to where he is. California Son Junior falls into the same category as California Son now in terms of delusional stalkers, so it is meant to throw you off. You people really need to wake up and stop using them as characters in your delusional fantasies.
Click to expand...

You are truly doing God’s work by exposing these delusional extremists and stalkers to the California Son. Protecting Moz at all costs is vital to the plans for Moz Vegas this summer.

If the Iggy thing is true, then presumably the anti-Morrissey crowd at 6 Music will not be happy with their employee's affiliation...
Last edited: Apr 17, 2021

So Chad saying he did all the tracks on this new Morrissey album, does this means drums and as a producer? I don't know much about the chilli peppers.
"It's not your bidet anymore."

its not me its you.

Mayfly said:
I actually think that Gustavo lives in Austin Texas. That's why I brought up Roger Manning Jr.
If Boz can't join the studio recording sessions due to the circumstances, then we can probably expect one of those rumors that he has left the band .
Click to expand...

you can travel for work so i dont see why bozz couldnt have been there or he could have recorded his own parts,there is no need to be in a studio these days,its called working from home.
its not me its you.
D

I'm excited by this news because I enjoyed I Am Not A Dog On A Chain so much. Im hopeful the new material will be even better. What with lockdown and his Mother's death too, it may be quite a reflective album..... but then again, I'm talking about Morrissey!
L

It's great news thank you for confirming it

I reckon said:
He doesn’t reply to delusional psycho extremist stalker fans like you! If you continue to harrass him, he will slap a restraining order on you.
Click to expand...

Anonymous said:
The promotion has been fine. The problem is that in publicly supporting For Britain, Marine le Pen, Tommy Robinson, Ann Waters, Nigel farage and the far-right, Morrissey has turned himself into the world's most toxic pop singer. Over half his fanbase has deserted him and all the radio stations that used to play his (new) songs have withdrawn their support. Blaming his downfalls on lack of record company promotion is ludicrous.
Click to expand...

Life’s a long game. Morrissey is now well positioned to short-circuit traditional distribution systems, and the uncomfortable compromises that go with them. He’s responded to the recent hostility in the best possible way.

The star is ascending, again.

Well, that came out of the blue. Best news for ages.

All signs point to a new album. Even though I share @joe frady 's sentiments regarding RHCP, I welcome some new blood into the mix. And looking at Andrew Watt's resumé, I'm thinking the 20 year old me would be appalled by the staggering levels of commercialism. However, the me of today totally welcomes the idea of a commercial sound. Watt did a fantastic job on Miley Cyrus latest opus (her song with Billy Idol is outstanding). And Iggy making a guest appearence? Hallelujah. Iggy is one of my all time favorite artists and one of the most influential and revered alternative acts of all time. His gravelly barytone will gel perfectly with Morrissey's warm, soothing blanket of a voice.

A brief Morrissey mention in a blog that praises Alain (July 16, 2021)