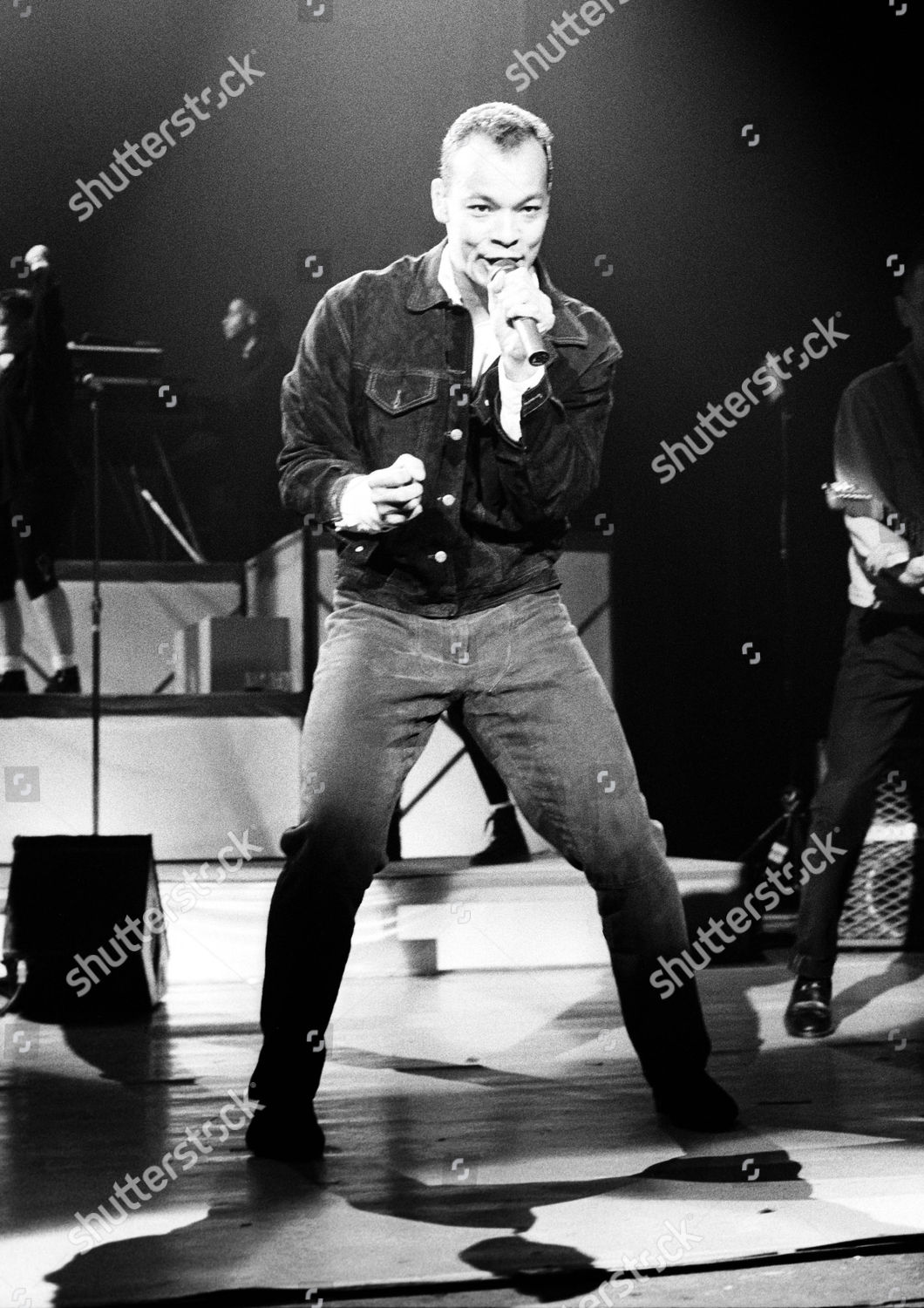 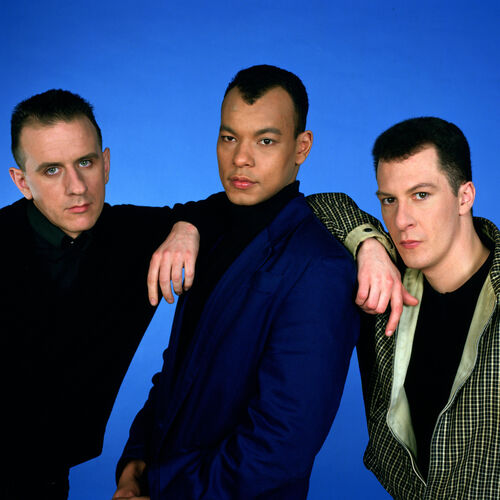 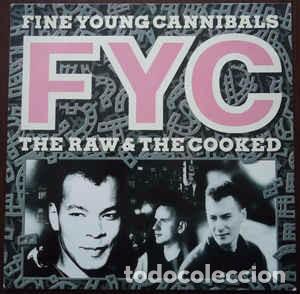 One of the most exciting albums released during a decade of artifice and extravagance, in a mere ten songs and 35 minutes the Fine Young Cannibals created a masterpiece.

Admittedly the trio had some help -- backing singers, guest musicians (including former Squeeze piano man Jools Holland and Talking Head's Jerry Harrison) -- but that doesn't take away the band's own accomplishment. Remaining true to the FYC's vision of tying past and present musical styles together into artful new pop packages, The Raw & the Cooked features a shopping list of genres. Mod, funk, Motown, British beat, R&B, punk, rock, and even disco are embedded within the songs, while the rhythms, many synthetically created, are equally diverse.

In less delicate hands this would be nothing more than an everything including the kitchen sink motley mess, but FYC manage this mix with subtly and elan. Two-thirds of the record were released as U.K. singles, all were hits, and each one proudly boasted a distinctly different blend of styles. "Good Thing," for example, was the trio's tribute to the legendary all-night Northern soul parties of the '60s, but is much more than a mere meld of mod and Motown. It's actually built round a slinky R&B riff, fueled by a boogie-woogie piano, and slammed home with a cracking beat.

"I'm Not the Man I Used to Be" is a torrid torch song, but fired by a futuristic jungle beat and an almost housey production. Then, of course, there's "She Drives Me Crazy," which features the most unique, and instantly identifiable, beat/riff combination of the decade. Even the four tracks that didn't make the singles cut could have, if MCA had the audacity to keep releasing them.

"Tell Me What" perfectly re-creates the Tamla sound, with only the synth giving it a modern touch, but on the rest, FYC delve deeper into funk, disco, soul, and lovingly coax them into the modern era. Every one of Raw's tracks simmers with creativity, as the hooks, sharp melodies, and irrepressible beats are caressed by nuanced arrangements and sparkling production. Never has music's past, present, and future been more exceptionally combined.
C Personally, I think their first album is far superior, not so commercial although both great albums from an under rated band. Roland had an amazing voice
Has the world changed or have I changed
A

The man sipping lager in front of me has sold millions of albums worldwide, but is wearing the same bomber jacket he's had for 20 years. He's sampled the inner echelons of the film world but lives quietly in one of the less salubrious parts of London and goes drinking in Birmingham with childhood mates. He has one of the most striking soul voices since Otis Redding but for the last decade has used it only in the privacy of his bath. But don't be too surprised. This is Roland Gift: pop singer, actor, and walking paradox.

When Gift abandoned a pop career with Fine Young Cannibals in favour of acting, it was as surprising as Eric Cantona's move from football to the big screen. What's more, the Cannibals weren't just successful (their album The Raw & the Cooked spent a whopping three months at the top of the US charts, from June 1989, while Britain swooned to hits like She Drives Me Crazy), they were adored by critics and public alike. Defiantly anti-Thatcherite lyrics and political gestures such as returning their Brits lent them a credibility the likes of Noel Gallagher could only dream about.

So why did he walk away? "I had to re-evaluate my life," he says. "You become institutionalised in a group. We were victims of our success. We got to the stage that everybody was so hyped up that if we'd produced a record that sold half as many it would have been deemed a failure. It's such a typical rock'n'roll story and half the time we were aware of that, but then we'd get stupid again. It was a bit like you wake up from under an anaesthetic, and then you see things clearly. But then you fall back into the fug."

Now he's back, heralded by two remarkable performances at this year's Edinburgh festival. Remarkable not only because of the lasting purity of his voice, but for the stark, melancholy power of his new material, which suggests that for all his professed current happiness, the last 10 years have been far from plain sailing. One line in particular leapt out of the darkness: "I've done coke, but it don't matter, cos I've lost my appetite." When I first put this to him he denies it completely. Then he admits that sometimes in concert he sings lyrics that aren't the "official" versions of the songs. Then he says: "If I did sing that what would it mean? You'd have to ask my therapist?" Ah, so you've got a therapist? "I'm not saying that."

But after an hour of Gift's self-analysis, shrink-speak metaphors ("Money is like a knife, you can use it to cut bread or stab someone") and curious evasiveness, I'm left thinking that if Roland hasn't had therapy, he would make a very good shrink. It must have been strange when the Birmingham-born, "quite poor" first black punk in Hull (with dyed blonde hair, hence the nickname "Guinness") first became massive after years in obscurity. But Gift insists that FYC expected their success and certainly didn't feel guilty about it. His logic dictates that that they'd made a good album and deserved to be paid for it in the same way as his dad did for being a very good carpenter and his mum for being a very devoted nurse.

He's right about this: The Raw & the Cooked was (and remains) a fabulous album. It had to be to get a generation of white indie kid students who were into the Smiths to dance to soul music. The album was actually a product of Gift's teenage years - FYC fused pop and soul in the same way his heroes the Clash had mixed rock and reggae. His voice was rooted in Otis Redding. He remembers a female friend once saying Otis made her cry, but insists he was more moved by the sound of the records, which touched him "in a way words can't explain".

But when the rollercoaster came, it hit the band hard. "None of us had experienced that level of success," sighs Gift, "so nobody knew how to deal with it." FYC dealt with it in a most unusual way: they didn't blow fortunes on drugs (according to Gift, his big drug days were before the group). Instead, they buried their heads in the sand as cash registers chinked away. They may have been politically hardline, eschewing limousines and talking politics, but, shrugs Gift, "We were more like members of the Socialist Drinkers Party".

Eventually, the strain told, and the close-knit group began to fracture. Alarm bells rang when Gift (with his striking looks and voice) took time out to make the film Sammy and Rosie Get Laid. The impetus was lost and the wounds went deep. While Gift has recently resumed friendship with guitarist Andy Cox, he and drummer David Steele haven't spoken for years. Gift immersed himself into more acting, including an appearance with Helen Mirren in The Painted Lady. But his most famous role, as the psychotic boyfriend in Scandal, took all of six days. Clearly, he wasn't exactly swamped with offers, so what has Roland Gift been doing for most of the 90s?

"Living," is how he puts it. But there's a tremor in his voice that hints at something else. "You're not faced with anything that nobody else isn't faced with," he says. So why are his new songs so sad? "Maybe the blues is always at the back of your mind," he ponders. "But the act of performing them makes you ascend the sadness. I mean, I don't dwell in a place of misery." But then he admits: "Everybody's suffered. At the time it happens it's the worst thing in the world, but you do survive it."

So what happened? "When somebody splits up with you, your world falls apart." Is that what happened? "Some of the time." How many times? "Enough to write songs about it!" He is particularly guarded about his personal life - only when pressed, does he concede that he never married but has two children. He refuses, however, to entertain the idea of leaving them any money. Once, he says, he went around to someone's house and a couple there was celebrating the money they'd got because one of their parents had died. He was so disgusted he never had anything to do with them again.

He lives in Holloway now. It's his paradise because it has "a bit of everything" and he refuses to live in "f***ing Kensington or Hampstead hovels, where they have someone to cut the grass." He hasn't really kept in touch musically (although he cites Macy Gray and the New Radicals), but this explains why he's simply carried on where he left off. But don't expect revivalism. As he puts it, "I'd rather shovel shit than live off my past."

Once, many years ago, Roland Gift sang The Man I used to Be. Perhaps he's spent the subsequent years searching for that person. "I feel like I did when I first started," he states, brightly. "I've got the energy again. I've got people around me I've known 20-odd years. Our bassist, Fred, was in a band with me as a teenager. I tend to hang on to my friends - and my jackets! I've become more worldly, but I think I'm basically very much the same."

As he prepares to leave, I touch him on the arm and wish him good luck. He seems genuinely taken aback. Perhaps Roland Gift has just got to learn that people still want him.

 Roland Gift is featured on Rock of the North in all northern ITV areas tonight at 11.30pm. A new album will be released by MCA early next year.

Years ago just after their first single came out, I ran into him around the corner from my house. I complimented him on the singing and he denied that he was Roland Gift.

Moderator
Some of us is turning nasty
You must log in or register to reply here.

the Pretty in Pink Soundtrack (featuring The Smiths) at 35
2

D
Which record label should release "Bonfire Of Teenagers"?
4 5 6