Held at The Kings Arms in Salford on April 12th and featuring These Charming Men.

Fans of The Smiths will gather to share their love of the cult band at a convention in the city where their most iconic photo was taken next year.

The Kings Arms pub in Salford - owned by The Housemartins and The Beautiful South musician Paul Heaton - will host an all-day celebration of the group and its frontman Morrissey on April 12.

The venue is just a couple of miles away from Salford Lads' Club, where the world famous photo used on the inside cover of 1986 album The Queen Is Dead was shot.

The event will feature the world premiere of new play Mr Smith, by critically-acclaimed playwright Colin Connor, which tells the tale of a Morrissey superfan.

Irish tribute band These Charming Men, who have won the approval of Morrissey and bassist Andy Rourke, are also flying in to perform before the night ends with a Smiths disco.

Beer fans will also be able to indulge in Smiths-themed vegan beers, which have been created especially for the event in a nod to Morrissey’s staunch animal rights stance.

Vegetarian and vegan food will also be included in the £30 price of tickets, which are available now from kingsarmssalford.com. 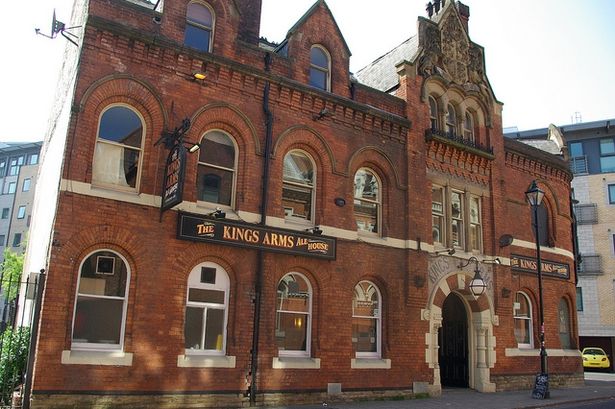 by Emily Heward, Manchester Evening News
There is a light that never goes out...
A

So no convention in LA this year? This is my secound year to attend from Texas and I'm not down to go to England

There should also be one in Moz Angeles. Expect an announcement for that one in the coming weeks.
"Give Us This Day Our Daily Moz"

Beautifull pub, for me it looks like a former important building in Salford, great Paul Heaton bought it,
even better to open a pub, and organises a Smiths event.

Big bow for Paul Heaton, hope the event will be a fantstic event, and maybe he picks up a guitar and plays along with these
charming man or just him doing some acoustic songs.

It's sold out now.
A

SomeTotallyRandomMozFan said:
There should also be one in Moz Angeles. Expect an announcement for that one in the coming weeks.
Click to expand...

Correct me if I'm wrong.
Doesn't the Moz convention in L.A. usually happen in the Fall? It is the Fall season now.

peckerwood bastard was the term heaton used for morrissey back in 07-seems its ok to make money from mozzers obvious connection to the smiths. methinks a bit two faced money grabbing bastard should be used now
You must log in or register to reply here.

BlackBook: "New Film ‘Shoplifters of the World’ is a Poignant Love Letter to The Smiths" (March 22, 2021)