Morrissey Central THE RIGID RULES AND RESTRICTIONS OF ‘DIVERSITY' (November 25, 2020)

THE RIGID RULES AND RESTRICTIONS OF ‘DIVERSITY’
November 25, 2020


" When the new BMG Executive says he now wants a label of 'diversity', what he
actually means is he wants all of his artists to be exactly the same. Make no mistake, the
word 'diversity' is already trailing in the dust as an overused catchword that in fact means tighter restrictions and a fierce
exclusion of individuality. I have been dumped by BMG because I am TOO diverse for them. They cannot cope with an
artist such as Morrissey … who is, in fact, the very essence of diversity … whose lyrical concerns are multiple, different,
and who has been writing about all of our human differences since 1982. So, please don't be fooled into thinking the
word 'diversity' means varied and open; it has been warped to mean exactly the opposite. With these absolutely
incomprehensibly senseless new guidelines, I'll be surprised if BMG still exists in 18 months time. Or, if they do,
they'll be a label that no true artist would want to sign to. Perhaps this is what BMG prefers - a roster of artists
who are so diverse that you'll never be able to distinguish one from the other?"
Morrissey, November 2020.

"There are artists who feel abandoned by the record business yet are still producing new music which connects with an audience." Hartwig Masuch, BMG.

Morrissey World scrapped due to its 'narrow' appeal :

Radis Noir said:
I see he's started referring to himself in the third person. That's never a good omen.
Click to expand...

dirtee rephlex said:
He puts who ever the heck he wants on his album covers (and t-shirts and backdrops and...), I stick to facts, not wishes. I'm just pointing at 3 facts:
a/ that from 83 to 2014, there's only been white people use as imagery.
b/2014-2015 saw him running his mouth in interviews that cause outrage.
c/ from 2014-2015 onwards (and AFTER, not before the outrage) he overflows us with non-white imagery.

And the photo-collage is too, too bad!
Click to expand...

what a load of bullshit and also wrong. 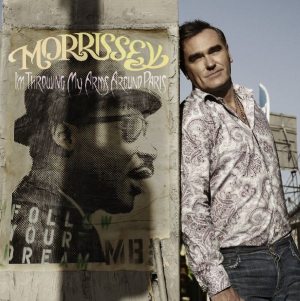 Anonymous said:
what a load of bullshit and also wrong.

You're right. Still it was anecdotic.... and just after the 'flooded gates of England' controversy. And 1 mistake doesn't make it a LOAD of bullshit (size matters).
I had to intrude.

It's more like the rigid rules of business. If you're working with someone and you prove to be more trouble than you're worth they aren't likely to want to continue the relationship.
If he could tour they might have wanted to renew the contract but they can't really make money off of their relationship with him. He should probably be happy that he is free and that his latest release is widely considered one of his best.
Whoever signs him next will do so with the expectation that their relationship will end badly.
A

Why doesn't he spend his own money to get records out, in exactly the kind of non-diverse way he likes? He could do things just exactly the way he wants to do. So why doesn't he?

Oh, that's right, he won't spend his own money.

I told you all last year that when it hits him in the wallet he's going to start whining.

I was, and still am, right. Nothing matters for Morrissey except money. Nothing.

You've all been played.

P.S Who would have thought that being a right-wing asshole doesnt sell? La Dodwell says his fans will still buy the product. Then go ahead, spend money, and see what happens. He won't do that. It's his own money.
Click to expand...

No idea why he won't put out records himself. He can easily afford it.
D

Anonymous said:
No idea why he won't put out records himself. He can easily afford it.
Click to expand...

I think he thinks it's beneath him. It's not rocket science to self-release, you just need the will to do it, and a few people who know what they are doing to carry it out.

Radis Noir said:
I think he thinks it's beneath him. It's not rocket science to self-release, you just need the will to do it, and a few people who know what they are doing to carry it out.
Click to expand...

A whole different type of alienation in the eyes.
Don't worry, I'm just schizophrenic.
You must log in or register to reply here.