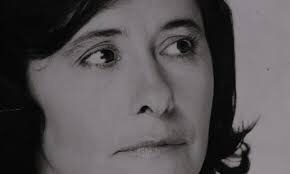 " Mavis Nicholson is, or was - or is still the best television interviewer from these isles. She broadcast the most
compelling TV interviews with James Baldwin, Kenneth Williams, Bette Davis, Nina Simone, Germaine Greer,
David Bowie … but somehow had only an afternoon transmission - never evening, unlike most of the traditionally sexist
male interviewers. I was lucky enough to be interviewed by her in, I think 1991, when she came to visit me with a
small crew of technicians. I was so much in awe of Mavis … her humanity, her ease, her intellect … that I typically
completely messed it all up. I didn't think I was ready for such an important interview … I didn't think I was "me" yet,
and I rattled on so much about self-destruction and the inevitability of suicide that I later asked Mavis not to air our
conversation. She agreed not to … probably thinking it to be just too much. I often wonder where those tapes
ended up. On a skip, perhaps. But nonetheless, her very impressive interviews ought to be either re-shown or
made available on DVD because they are absolutely a vital study of how to get the best out of the subject … no
sex jokes, no fake and intrusive audience laughter, no loud or lavish sets … just a very classy connection requiring
nothing but gentle charm and the power of words." Morrissey, December 2020.

The Courage to Get on People's Tits · From Maudlin Street
C


Liberace Is Not a Fruit-Flavoured Mincing “He, She and It” – [Emphasis Mine]
Click to expand...

You got it. Daily Mirror considered suing the estate, but decided they dare not. What a story. Cassandra was actually a good journalist before thi.
You must log in or register to reply here.

Jean Dawson: "I want it to feel like Manchester and Compton had a baby. I want it to be like if Morrissey was black" - DIY
2

Nov 18, 2020
MollyMaeMorrissey
M
M
Could this woman be the 'Girl least likely to'