I've not had time to watch all of this.
If anyone gets through it - feel free to let us know if there's anything Morrissey-related (Spike doesn't appear to go down 'memory lane' often regarding Morrissey - so it would be interesting).
Regards,
FWD.
Band/Associates
Continue…

A selection of Trouble Loves Me cover videos (see link for full selection).

One interesting choice amongst them perhaps?
Regards,
FWD.
Continue…

As first discussed in the Strange & Unexpected thread via @GirlAfraidWillNeverLearn, Morrissey Central now links to "official_morrissey_central" on Instagram.
Although today's date might make people wary, it currently looks legit (Central itself opened in 2018 on April Fool's Day).
Regards,
FWD.

Fiona Dodwell: "Ringleader in Reflection: A Look Back at Morrissey’s 2006 Album, Ringleader of The Tormentors" (March 31, 2021)

Ringleader in Reflection: A Look Back at Morrissey’s 2006 Album, Ringleader of The Tormentors 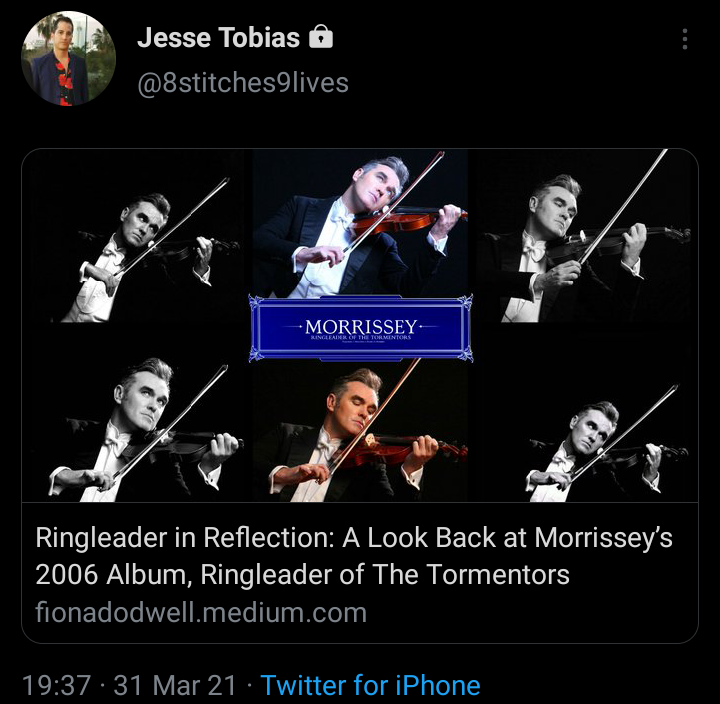 From The Smiths to The Strokes: The 10 greatest albums released by Rough Trade

Far Out Magazine - By Joe Taysom

The Smiths – The Queen Is Dead

The Queen Is Dead set the stall for what an album should be and, ever since, few have made a guitar album that can even be mentioned in the same sentence as this iconic effort. The Smiths were on their third record and at the absolute peak of their powers.

The album is The Smiths’ finest work out of the four records they made during their time together and encapsulates everything great about them as an entity. Morrissey’s dark lyricism was juxtaposed alongside Johnny Marr’s sunny guitars that would be the perfect soundtrack to the 1980s. Every single track on the album is a bonafide classic. It simply wasn’t fair on other bands that The Smiths could cram tracks like ‘There Is A Light That Never Goes Out’, ‘Bigmouth Strikes Again’, ‘Cemetry Gates’ and ‘I Know It’s Over’ all on one album, which confirmed their voice of a...
The Smiths
Continue…

The Man from Morrissey...he say Yes!

The Smiths' past still sounds like today's frustrations and tomorrow's liberations." 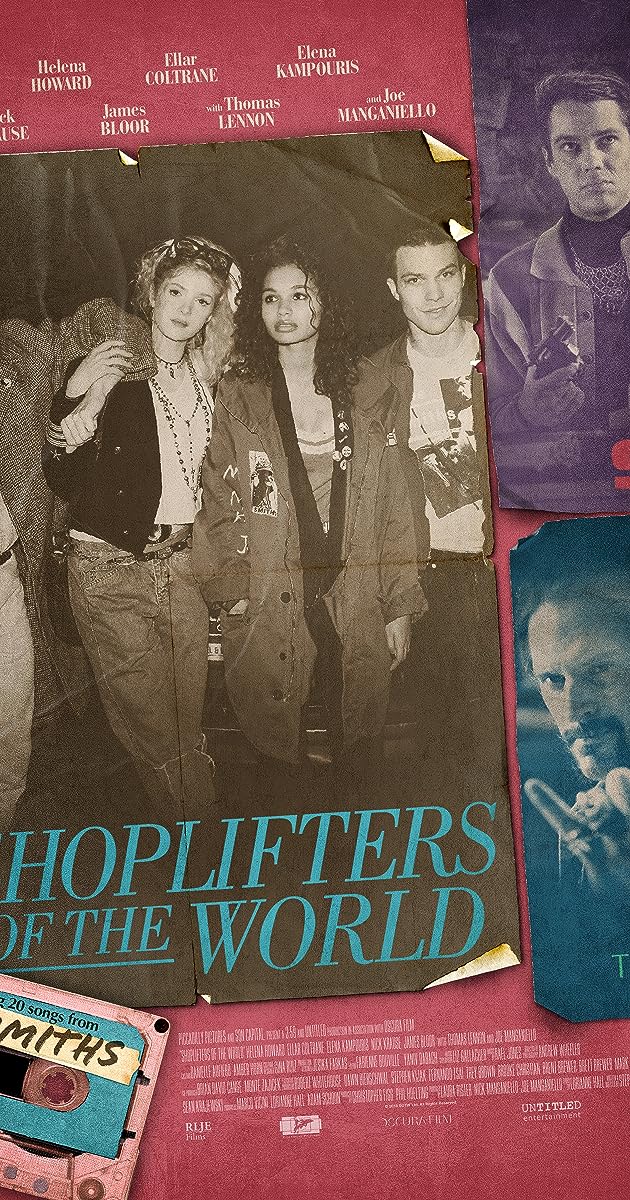 Directed by Stephen Kijak. With Helena Howard, Elena Kampouris, James Bloor, Nick Krause. 1987. Denver, Co. One crazy night in the life of four friends reeling from the sudden demise of iconic British band The Smiths, while the local airwaves are hijacked at gunpoint by an impassioned Smiths fan.

1987. Denver, Co. One crazy night in the life of four friends reeling from the sudden demise of iconic British band The Smiths, while the local airwaves are hijacked at gunpoint by an impassioned Smiths fan.

How nice of them to think of us...

Painting and Drawing
Videos 1 and 2 of painting Neil Codling
21 minutes ago
Light Housework
The Simpsons - "Panic on the Streets of...
I don't think Morrissey is going to improve his reputation by suing the...
22 minutes ago
Dingoatemybabby
Post Whatever You Are Thinking At This Very Moment
It's fun to stay at the SPCA
55 minutes ago
The.Truth.
Morrissey A-Z: "I'll Never Be Anybody's Hero Now"
I think it's just fine. There were better bsides.
56 minutes ago
skull
Morrissey A-Z: "I'm Not a Man"
Masterpiece
58 minutes ago
skull
Is Coronavirus as serious as they say?
well they’re still pretty celebrated. Obviously stuff like get a job is...
Today at 2:22 AM